My old bedroom aka the butterfly room (Before)

When I was 16 my parents surprised me with a bedroom makeover.  I had won a speech contest and the prize was a trip to New York City.  So, while I was gone, they redecorated.  The butterfly wallpaper was already on the walls but the shag carpet was added (before it was 9×9 linoleum squares) and some new window shutters.  Also, my mom painted and refinished the dresser you see a the left hand side of the room. It was a very pleasant surprise.

The butterfly wallpaper has always been a source of wonderment to me.  I asked her once why she chose to put butterfly wallpaper in my room and she looked at me curiously and said, “Because you always loved butterflies, dear.”  That was news to me, but I didn’t say anything.

Yesterday, the hubster and I tackled the butterfly room.  The wallpaper was removed and then we had to deal with what was under it. 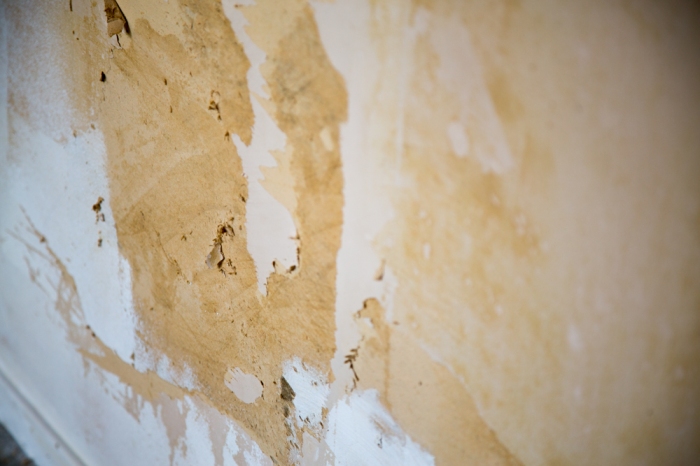 For some reason the walls were never textured before the wallpaper was put on, but they were painted.  So, in our efforts to removed the wallpaper, some of the paint came off and the backing on the drywall also peeled away.  It was really a nightmare.  So, my husband spoke with the contractor and he suggested that we seal it with primer because they will be texturing the walls next week.  So, that’s what we did… 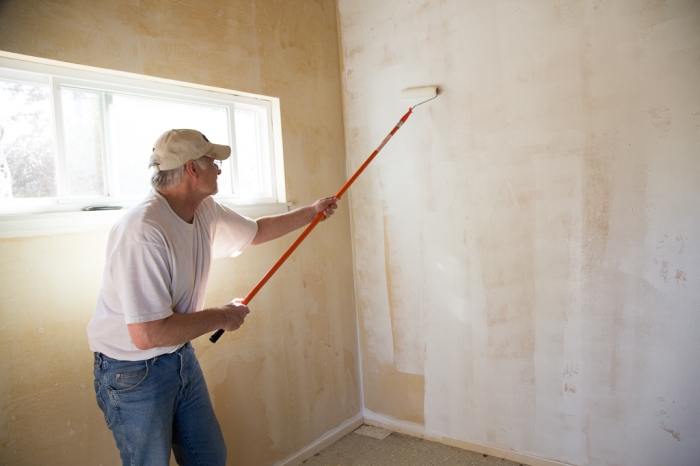 The hubster rolling on sealer

In an effort to save money, my husband and I will be doing all the paining, both inside and out.  (I think we might be crazy, but it will save $5-7,000.00.)  I don’t think most of the rooms have been painted for years, so it will be quite the new look.  At least we don’t have to worry about painting the ceilings, except in the carport and the eaves outside.  That’s a lot of paint.

While I was sealing the woodwork in my bedroom, I found this inside the closet: 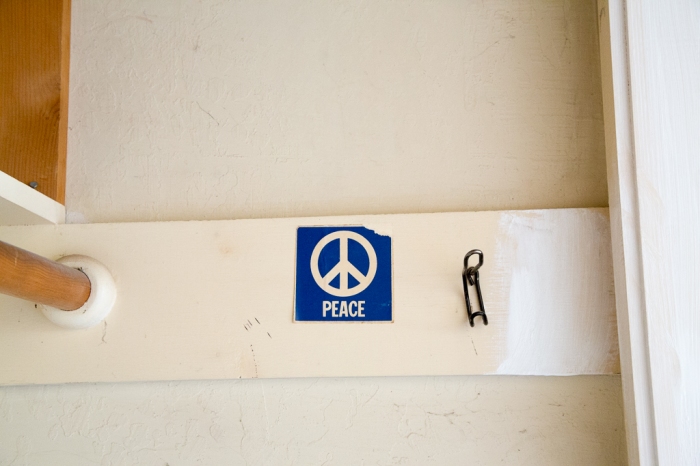 It made me laugh, because it was probably one of the few times I rebelled against my parents.  They never wanted me to put anything permanent on the walls, but I apparently stuck this sticker in the closet where they wouldn’t see it.  Joke is on me because it’s a bugger to get off.

Painting the bathroom is up next…