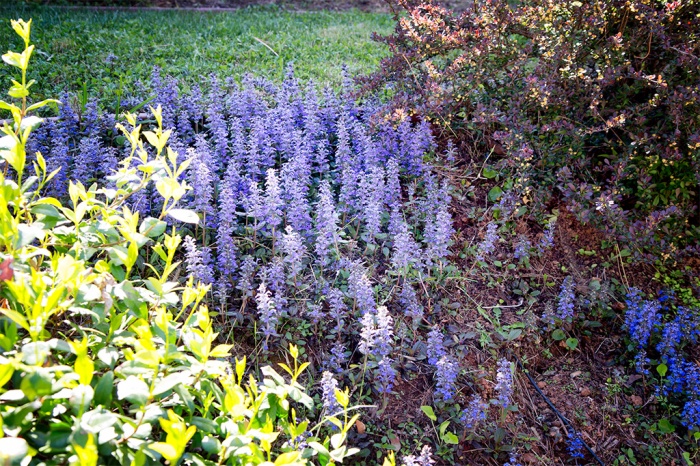 Ajuga growing in the front yard

About a week ago our brand new Induction Range stopped working.  Because we are not living in the house yet, and therefore not using the range yet,

there was no apparent reason for it to stop working.  The only time we tried to use it was when we boiled some water just to see if the range worked.  It did until it didn’t some weeks after boiling the water.

I admit that I am a little suspicious about the electrical in our house considering all the issues we’ve had with the electrician.  The furnace stopped working and although it was fixed under the warranty, the repair person said he had never seen the particular problem before and didn’t know how it could have happened.  Now the brand new range just stops working when nobody is using it.

We were hoping to have the family over for Easter and that we would be moved in by then.  Not going to happen.  The new furniture that we picked out won’t be there until the end of the month anyway, but we could have moved our beds and a few pieces of furniture from our present house.  But, we really can’t move in without a working range.  The contractor brought back our old friend, Mr. Electrician (with the dirty feet and screwed up electricity) to find out if the problem stemmed from the work they did.  They said it wasn’t their fault.  I’m skeptical.  However, the Electrolux repairman will stop by tomorrow to fix it, hopefully.  I’m hoping they will say it can be repaired under warranty.  We did purchase another warranty policy in case the manufacturer won’t repair the range.  I am just sick of the whole electricity thing.

The good news is that the glass man came by and installed glass and mirrors in our bathrooms.  Looks nice. 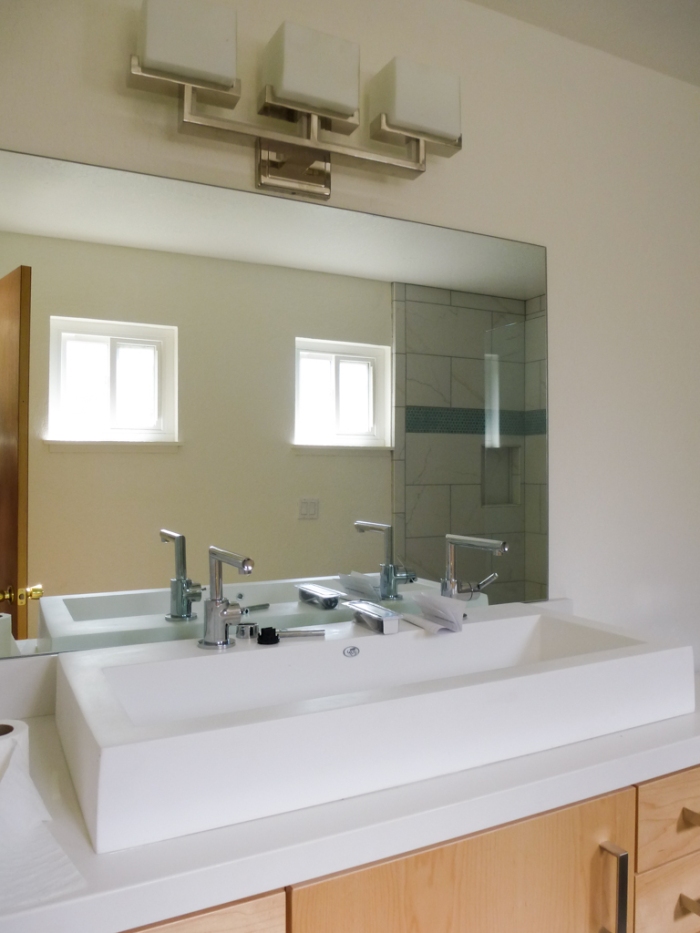 You will note that the faucet in the Master Bath is taken apart.  There was a small leak and one of the parts needs to be replaced.

We also have a new shower head in the Master Bath 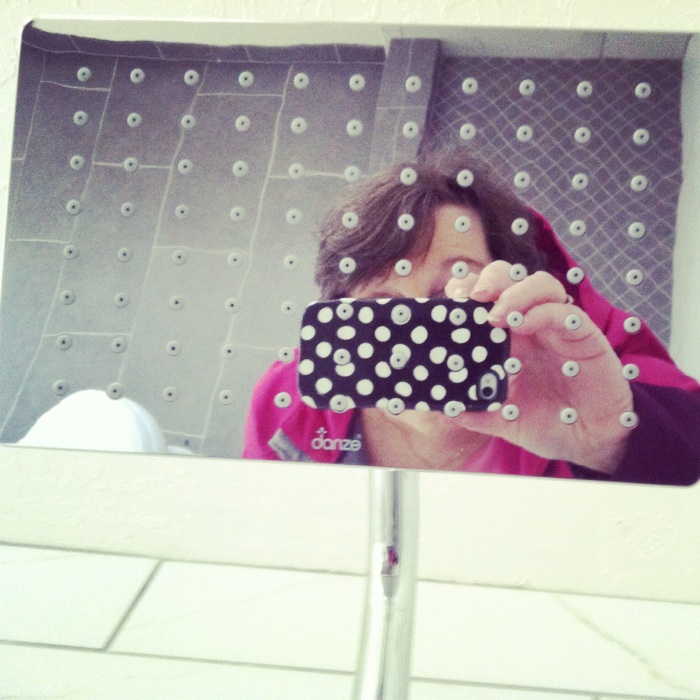 Next piece of good news is that the closet system arrived…all 360 pounds and 15 boxes of it.  Now we get to put it together. 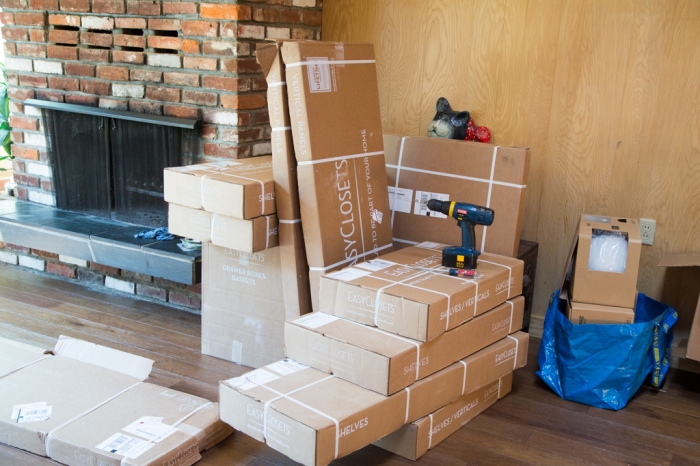 It says Easy, so hopefully it will be.

My husband purchased two Kumquat trees for my birthday and the nursery called last week to inform us that they had come in.  So, we went down to my favorite nursery to pick them up.  I forgot to take a picture of them, so I’ll do that later.  When I was growing up my mom had two kumquat trees in pots on the front deck.  I would like to put them on the deck, but I’m not sure they will get enough sun, so we’ll see.

While we were at the nursery we walked around looking at plants that we could add to the house. 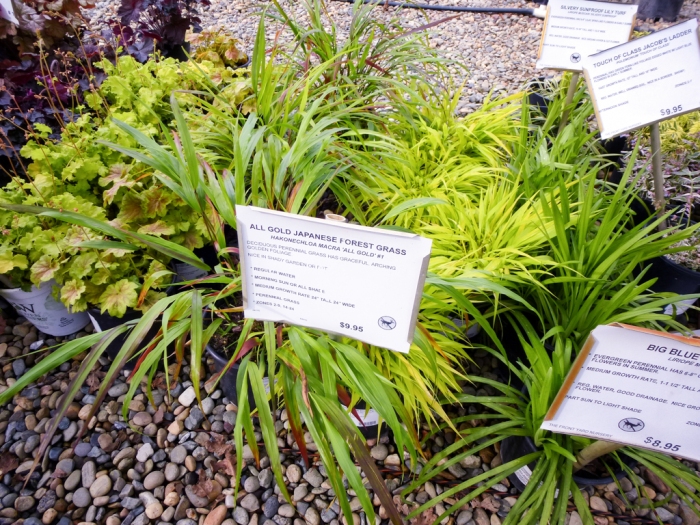 We’re thinking of creating  a rock garden in the back yard because it is in sun most of the day and we have some water concerns in this part of California.  I’ve always loved succulents, so we stopped to admire them for a while.

But, our biggest concern was getting the front yard into shape because it was kind of a neighborhood eye-sore.  Our neighbors take very good care of their yards, for the most part, and several of them had inquired if we were planning on doing anything to the yard. 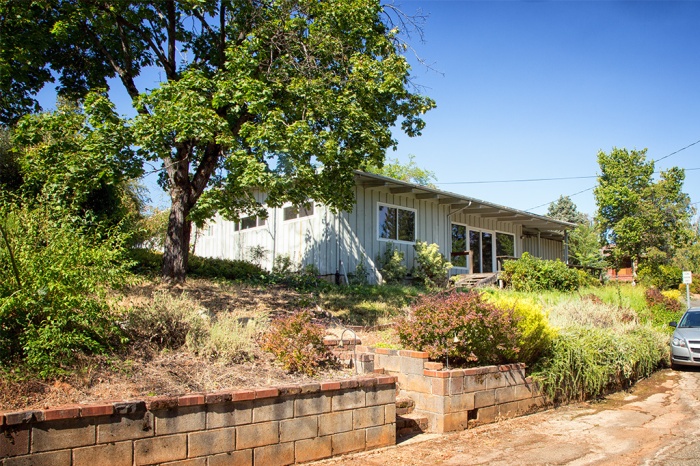 It seems they have a point. 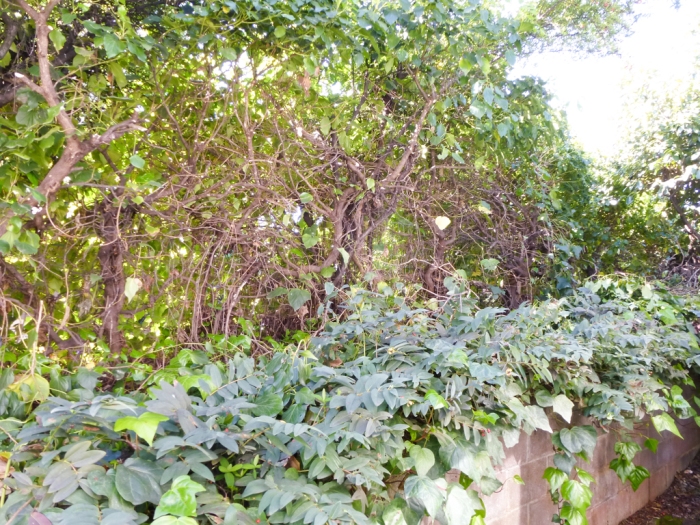 The above three pictures are of the side yard, which can be seen from the street.  Our neighbor’s ivy and other vegetation has become over grown, to say the least.  The people that live in our neighbor’s house are not the owners and they have repeatedly asked the owners if this vegetation can be cut back because there are apparently Roof Rats living in the undergrowth.  Not only are rats a bad thing, but they attract skunks and snakes.  Three reasons to whack it all back.  Up to yesterday, the owner has refused to allow our neighbors to get rid of the jungle nuisance.  However, for some reason, he finally gave permission yesterday.

So, because of all of this and the fact that it was a beautiful weekend and we didn’t much feel like putting together the closet, we decided to work in the yard.

I started with the huge planter along the front walkway which is about 20’x5′ and full of weeds.

The front planter in March

We dug out all the weeds, but we left the lonely little Azalea. Then I hauled about 25 cubic yards of dirt to fill it up.

You will see from the above photo that we also pulled weeds, laid down a weed block and then used mulch to cover the area next to the planter and underneath our pretty little dogwood tree. 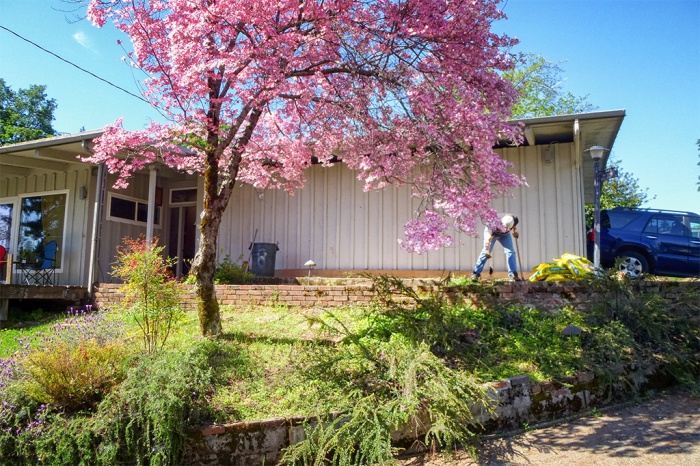 After weed blocker and mulch

Here’s the view from our deck

Obie T. Dogg enjoys the cool dirt in the planter.

We also worked on the other side of the yard. 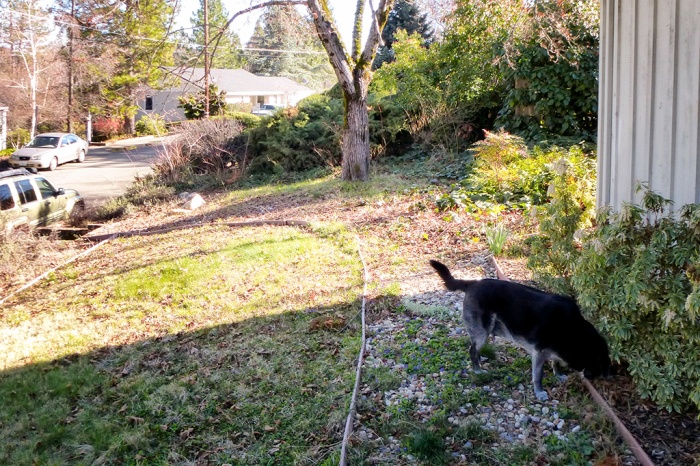 We pulled weeds, laid down weed blocker and then put mulch on top.

After weeds were pulled and some of neighbor’s jungle removed 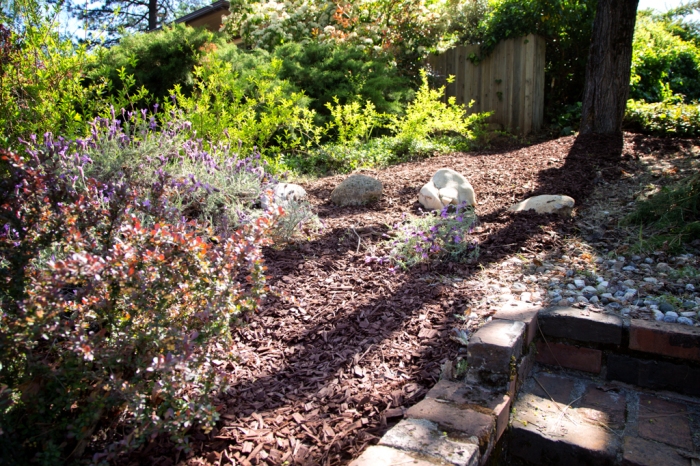 It was hard work and took us the entire weekend, but we were quite happy with the result. 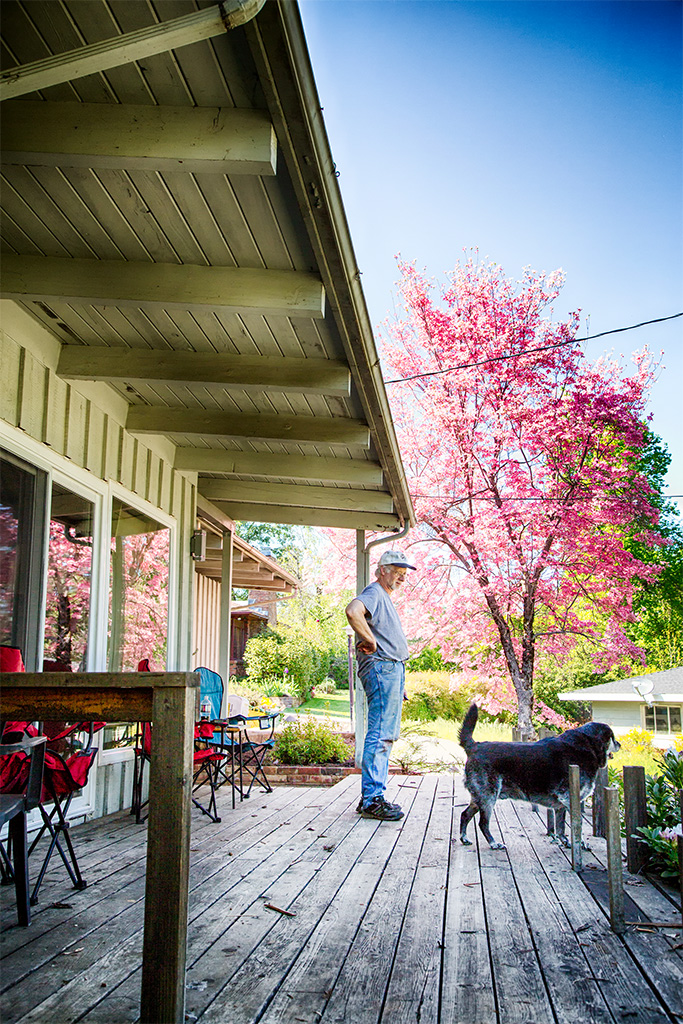 Hubster and Obie look out over the landscape

You can see that the deck also needs some work.  The hubster removed the rotted benches.  But we were still able to enjoy the deck for lunch:

And for a cocktail…

And the dogwood is still blooming. 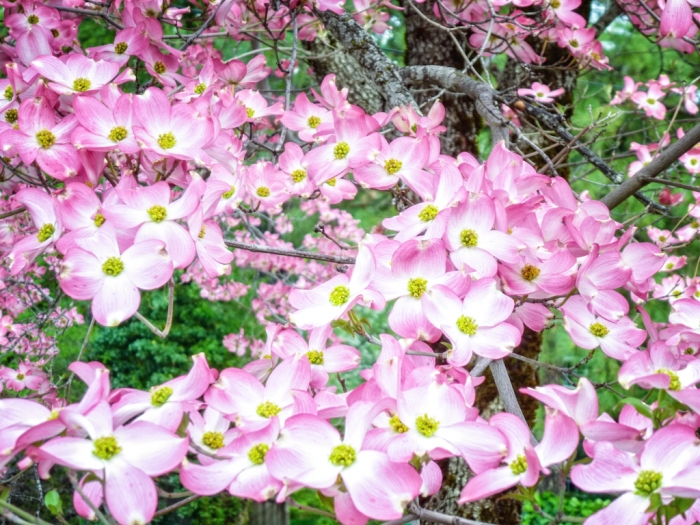 Obie enjoys the new dirt in the planter

2 thoughts on “One thing and then another”