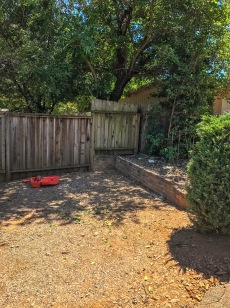 How did we get from here (above) to there (below)? 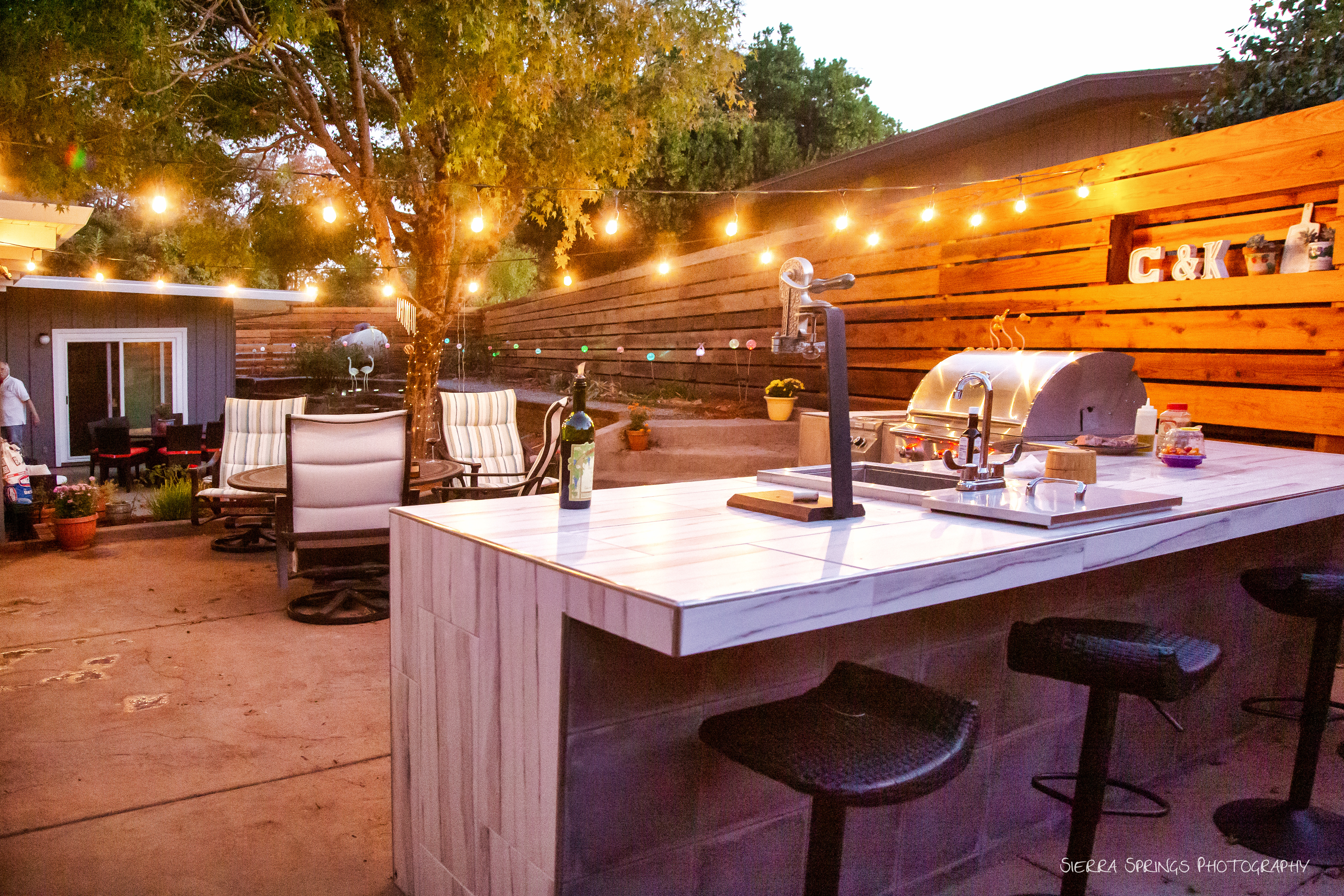 It’s been (and still is) an interesting adventure.

We finally decided to start this project in 2018 after several years of saving money.  He had always wanted an outdoor kitchen and so we began to dream about it with the contractor who completed the exterior of the house and constructed our deck.

We had our work cut out for us.

Ewww.  Who wants to go back there and find my mom’s rose garden?  “Not I”, said Chicken Little.

We started by cleaning out as much as possible and it was a nightmare. 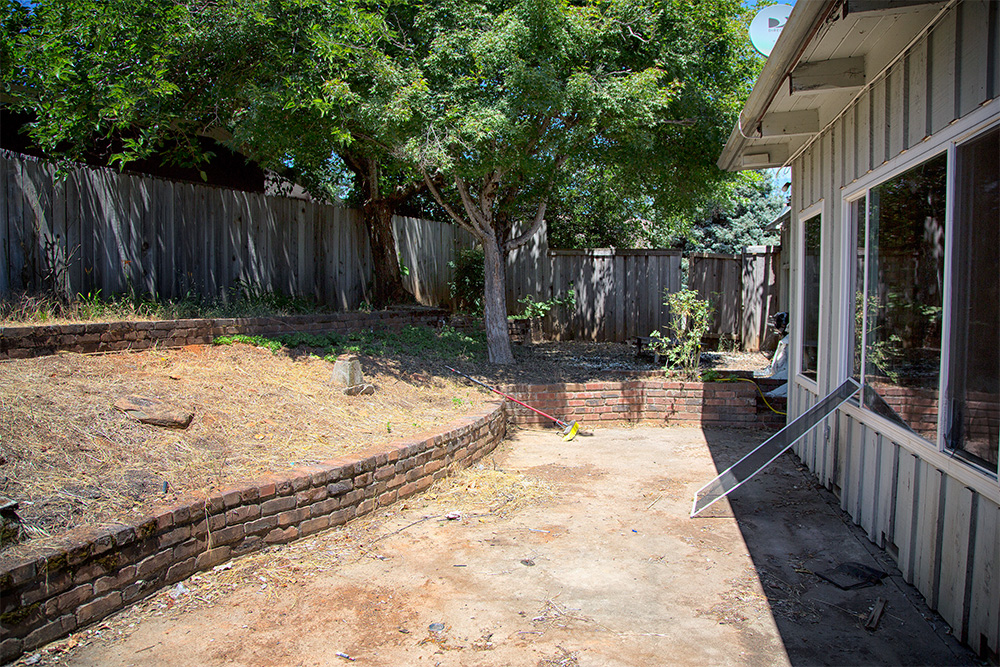 Initial cleanup when we first moved in.

And then, year after year it was a continuous battle.

We started the project by cutting down all the plants in the brick planter to the right (above). Then we tore out the brick stairway and retaining wall that my dad had made many years ago. That was a tough one for me because I remember how much time he put into all the brick work in the landscaping.

And from an ivy covered gas tank to ivy that still needed to be pulled out, but at least it was a start,

Already it was looking better. Then, our contractor got to work bringing in a back hoe to start on the outdoor kitchen area.

The contractor brought his daughter over and gave her a lesson on the backhoe. Sher was thrilled and didn’t damage anything. The contractor then had to level the area by hand. Look at all that hard red dirt filled with rocks. But, he got it done.