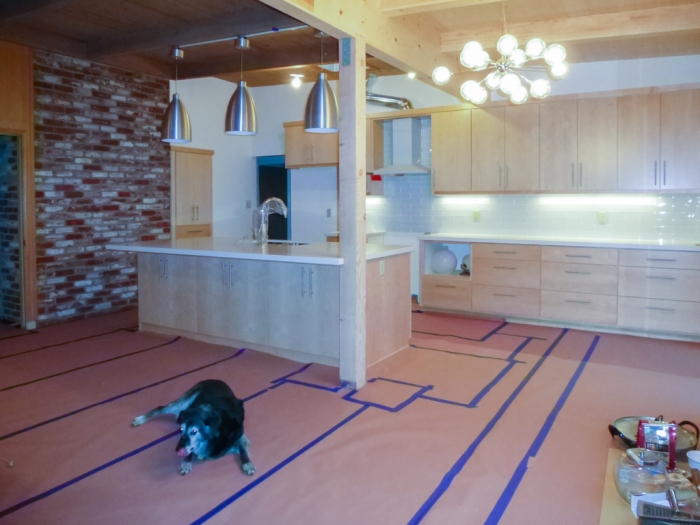 So, what has happened since the muddy feet?

1.  Carpet was cleaned and came out beautifully.

2. Flooring was covered because of scratches and marring I found on our new wood floor.  Contractor has indicated that he has repaired the surface scratches as per our flooring guy’s recommendations.  I don’t know if it worked or not because it’s covered.

3.  Side panel on island was expertly replaced by our fantastic cabinet maker, Cook’s Custom Cabinetry.

5. Most of the outlets now work properly.

7.  Microwave installed by my adorable husband. 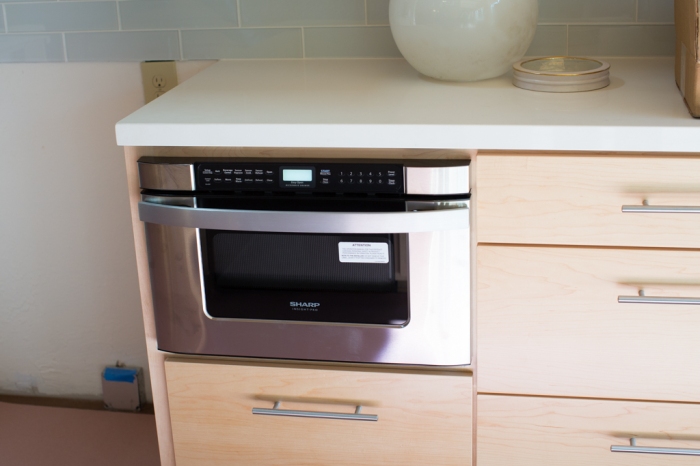 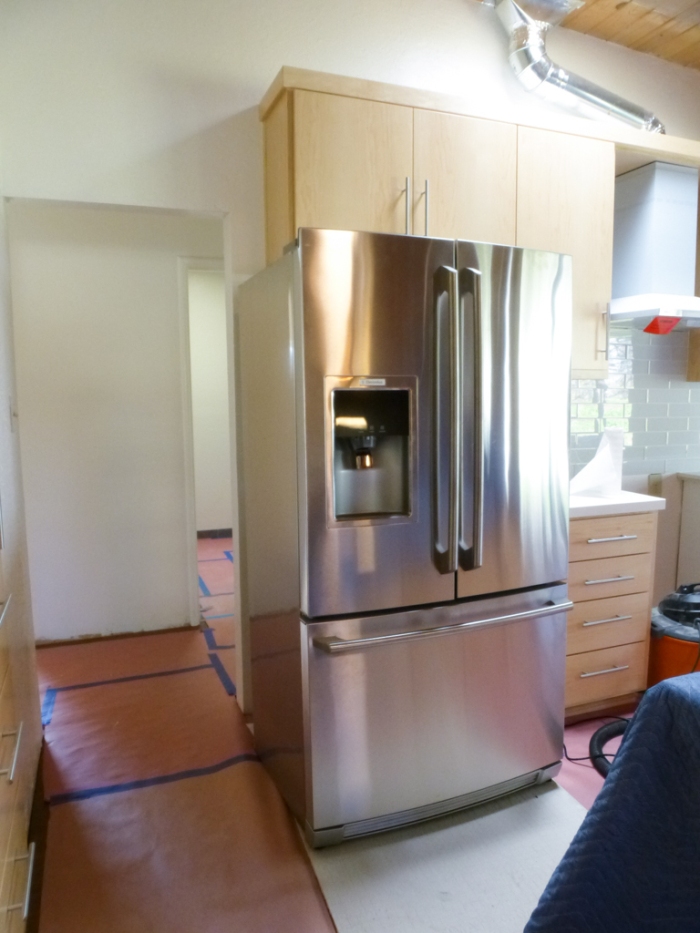 9.  New door installed between carport and interior of the house and it is beautiful!  The original door was pretty banged up and it was a hollow-core door.  The door jamb was in such bad shape that you could see thru it when the door was closed.  This is a beautiful door and they did a great job installing it.

10.  Reinstalled the pendant lighting wiring from the bottom of the beam to the back of the beam so that when you walk into the room you don’t see the “working parts”, just the beautiful pendant lights and the beam. They then filled and sanded the beam to remove the permanent marker markings and the holes from the original installation.  It looks much better. 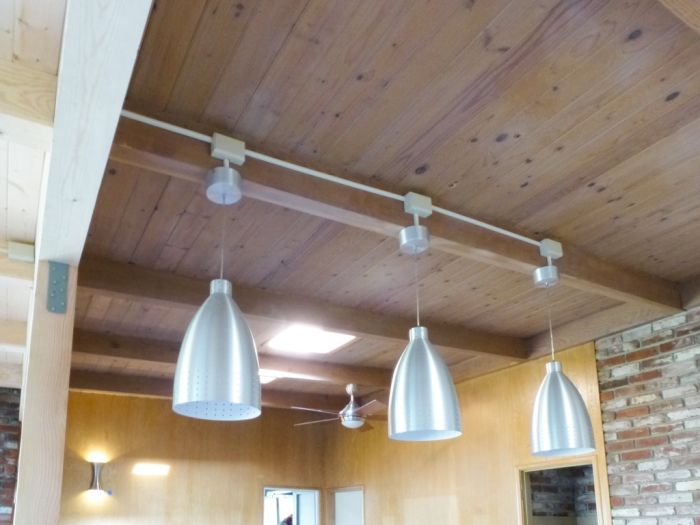 Moved the ugly wiring of pendants

11.  Sanded the markings from the new refaced ceiling and replaced one of the boards that was badly marked up with lots of staple holes.

Sanded off marks and words from ceiling

And now for the “still to be fixed” and “needs to be fixed yet again” categories.

1.  The oven hood, although beautiful, was installed without first removing the protective, sticky, plastic covering which was wrapped around the entire hood.  We tried to remove it, but found that since some of the plastic covering is between the wall and the hood, we are unable to remove it satisfactorily.  Seems like the installers should have removed it before it was installed.

2.  When the hood was installed, both vent filters were damaged.  How does this happen?

4.  The electrical box for the range was not installed inside the wall, so the range will not fit until the box is placed in the wall.  (I don’t get the thinking behind these kinds of things.) 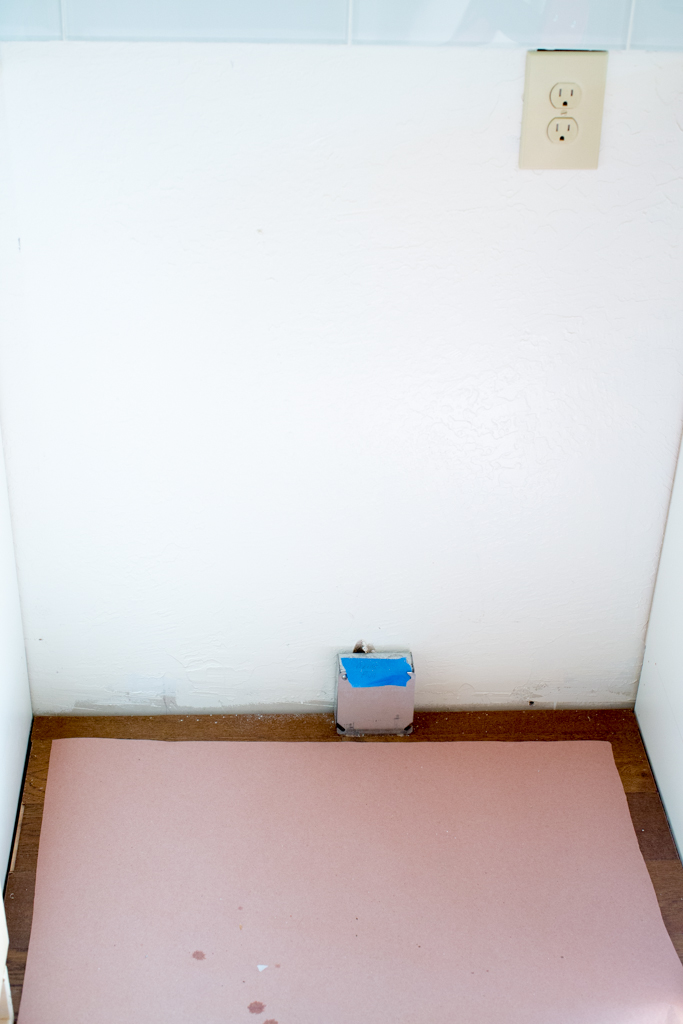 5.  Grout is starting to fall apart in kitchen.  The grout has separated from the counter all along the counter.  This will have to be regrouted. 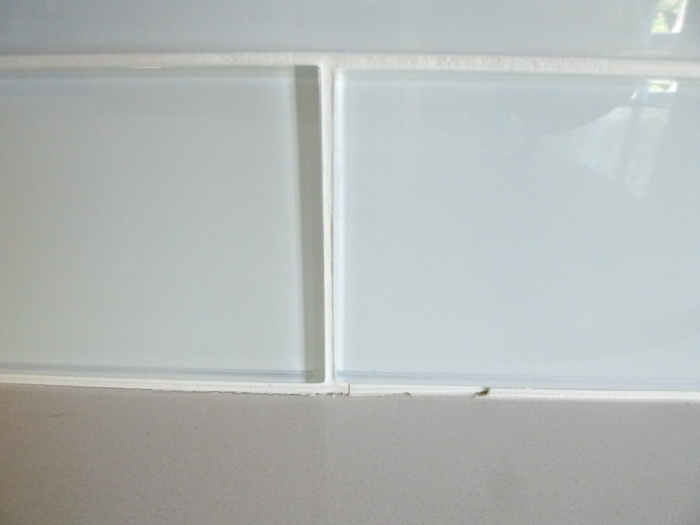 Grout was too dry when it was originally applied

6.  When I walked into the house on Tuesday, the front door was wide open.  Nothing was taken or damaged and there was a big windstorm the night before, but the last one out did not make sure the door was properly latched.  And speaking of being surprised, when I visited the house the day before the windstorm, I was surprised to see the original electrician busily working on the pendant lighting system.  Even though he was being supervised by the project manager, we were told that he would no longer be working on our house.  Next day, I saw that the wrong fixture on the wall had been installed yet again (second time) and the lights were left on because there is apparently no way to turn it off.

My husband found the original fixture in the carport (which has a switch built in to the fixture) and we told the Project Manager that we would install that fixture.

Original fixture we will be installing

Apparently the message did not get to the electrician…or maybe the supervisor was not doing his job.  It has since been removed.

7.  The panelling is badly scratched from the two installations of this fixture.

8.  One of the many reasons we wanted this electrician removed (aside from tracking mud all over my carpets, floor and scratching the floor), was because he had done a terrible job installing the floor heating system in both bathrooms.  The first installation looked like this:

The Master bath switches. Switch plates needed to be cut to fit 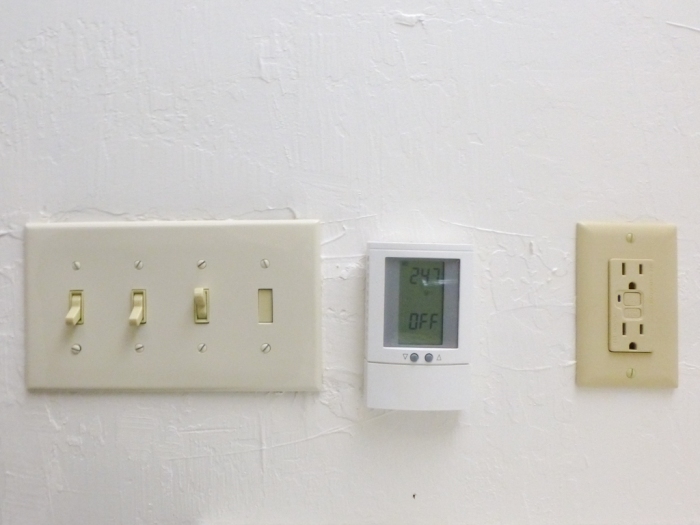 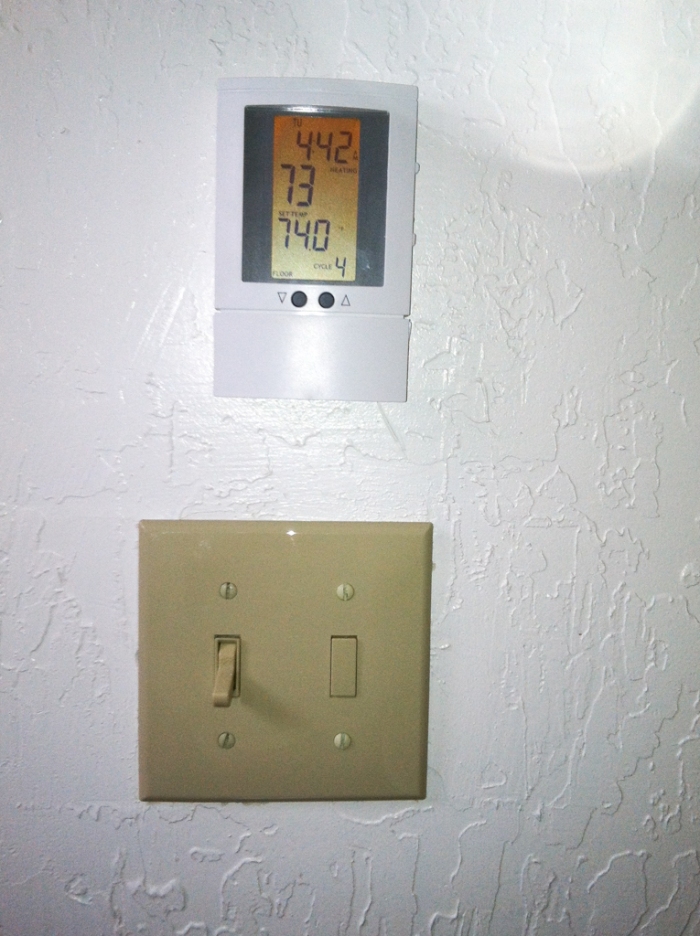 The Project manager proudly showed me the newest fix when I was there on Monday.  I was still in shock from seeing the same electrician on the premises, so I didn’t say much about this except “it looks better”.

Yesterday, I brought over a level to check.

Third time is not such a charm

Sigh.  The bad part about this is that the entire section of the wall was cut out, re-drywalled, textured and painted.  And…paint was dripped on the new countertop.

paint on the new countertop

We were able to scrape some of it off with our fingernails, so it can probably be cleaned.  But…seriously?  This is the third time they have installed the stupid switches and they got it wrong again.  No mercy on this electrician because he is not supposed to be working on our property.

I don’t have a picture of the new configuration of the Master Bath switch plates.  But I can tell you that the floor heater control no longer works and they will have to replace it.

And then there was the muddy footprint on our siding outside.  Maybe he needed to tie his shoe, so he put it on the wall so he could tie it.  It will wash off, but you just have to shake your head. 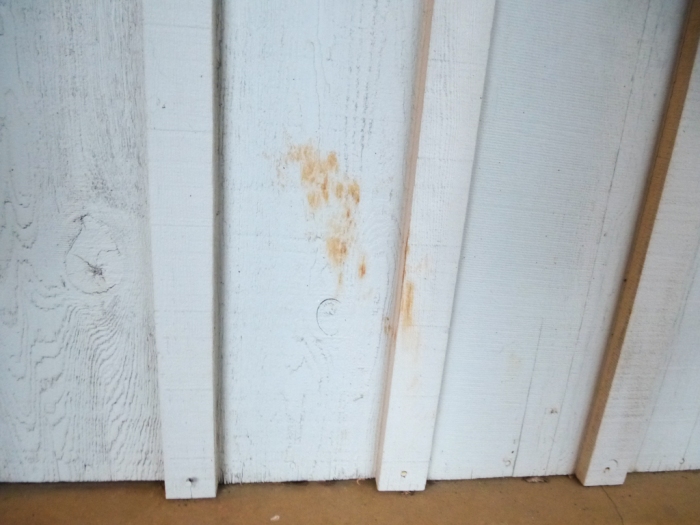 Muddy shoe print on outside siding in entryway

Although they were busily working on the property both Monday and Tuesday, they have not been back to complete the work.  They have not given us a time frame for these things to be done.

I am getting very tired of this whole scenario.  More scotch may be in the works.

However, I do have two bright spots.

I found these glasses on Dot and Bo (where I found the George Jetson lunch set).  These make me happy.

And I found these in the backyard..

Who wouldn’t be happy finding these?  (Pay no attention to the Crocodile in the background.  He’s there to ward off bad electricians.)

I know the above issues will be resolved to our satisfaction.  The biggest problem is that they are not working on our dime anymore, they are working on theirs.  They appear to be in no hurry.

Oh well…today the range is delivered and I am very excited about it. Pictures to follow.